Who Is Christian Dior? The Mastermind Behind The Timeless Brand 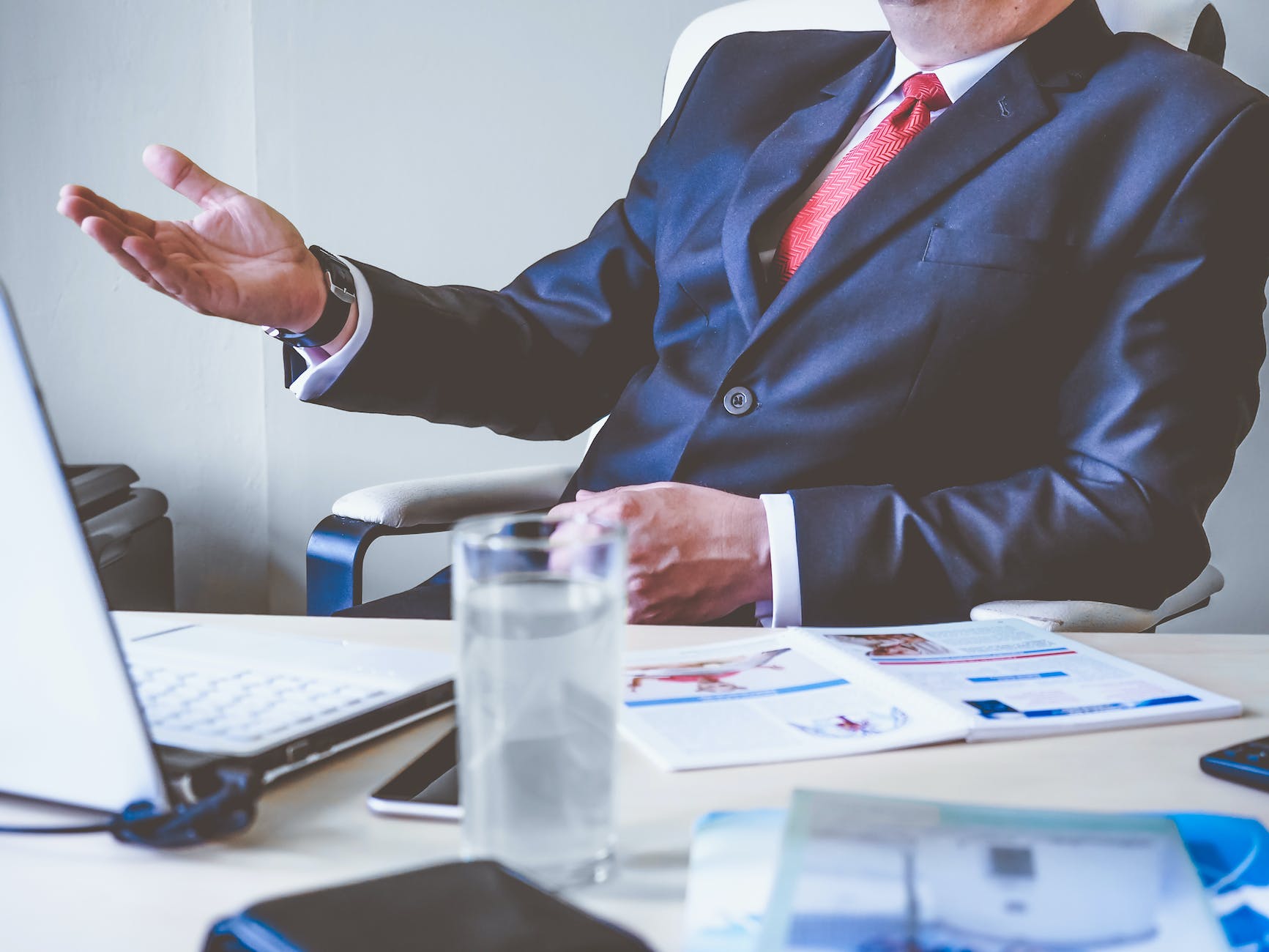 You'd be hard pressed to find a person today who hadn't heard of Christian Dior. To many of us, the name is synonymous with luxury, from runway fashions to fragrances, watches, shoes, and more. But who is Christian Dior, really?

What made him the unique and visionary individual that he was, and where are Dior fashions headed in the future?

Who Is Christian Dior? A Child Of Privilege ... And Mixed Fortunes

Born in 1905, Christian Dior was one of five children of a wealthy fertilizer manufacturer and the daughter of an upper-middle-class lawyer. The family lived in picturesque Normandy until Christian was 5 years old, at which point they moved to Paris.

When Christian was a young man, his father began to speculate on the stock market. He also started to deal in real estate, hoping, by both measures, to build the fortunes of both his family and his company. The stock market crash of 1929, however, dashed both hopes and left the family in debt after selling off the remains of his company and liquidating the family's assets. Dior's family left Paris. Christian Dior, however, stayed.

Who Is Christian Dior? An Artist From Birth

Christian Dior's family originally wanted him to become a diplomat. But Christian had other ideas. He first entered the art world, selling his own fashion sketches on the street outside the family home. Then, later, with the help of his father, he opened a gallery with a friend.

The gallery dealt in art from names many of us will recognize, including Pablo Picasso. When his family fortunes turned in 1932, Christian and his friend were forced to close the gallery.

Dior seriously entered the fashion world in 1937, when he went to work for designer Robert Piguet. It was there that Dior created one of his most famous designs, the Cafe Anglais skirt. This was a day dress with a fitted top and a short, full skirt.

Dior would continue to work for Piguet until he was drafted for military service during the Second World War.

Who Is Christian Dior? Collaborator Or Protector?

On May 10, 1940, Hitler's forces entered Paris. The city would remain occupied for the next four years. Life under German occupation was brutal and humiliating. Shortages, rationing, and curfews were the order of the day. Parisian Jews were forced to wear the Star of David. And then, in July of 1942, more than 13,000 Parisian Jews were rounded up and deported to the Auschwitz concentration camp in Poland.

Christian Dior left the army in 1942. At this point, he went to work as a designer in the fashion house of Lucien Lelong. Lelong's house -- along with every other fashion house that wanted to stay in business in occupied Paris -- designed clothing for the wives of Nazi officers, as well as for French Nazi collaborators.

It's easy to judge these actions decades later. However, this work allowed Lelong's firm to protect a documented 12,000 workers from deportation by the Nazis. On top of that, it allowed the French fashion industry to continue in France.

The Nazis wanted to move the center of the fashion world to Berlin, and only the tireless efforts of Lelong, Dior, and others at the firm, kept fashion in France and fashion workers safe.

Closer to home, one of Christian Dior's sisters, Catherine, was working with the French Resistance at the time. She would later receive four prestigious international honors for her work -- but not until first suffering incarceration in the Ravensbruck concentration camp. Because Catherine survived the war, she was able to testify against 14 high-ranking Gestapo agents and to see justice done.

One could argue that Dior's work at this time was protecting not only his own interests but also those of the Resistance. And of course, one cannot forget his role in preserving and developing French art and design during this terrible time.

After the war, Marcel Boussac, a French entrepreneur and textile magnate, asked Dior to work as the head designer for his couture house, Phillippe et Gaston. The firm, which had launched in 1925, had grown stagnant, and sales had subsequently fallen. Boussac thought that Dior's imaginative designs could revive it.

Dior refused, suggesting instead that Boussac fund Dior's venture. Boussac agreed, and in December of 1946, the House of Dior was born.

The House of Dior launched their first collection, Corolle, in February 1947. Unlike the boxy, fabric-conserving fashions that had dominated the wartime years, the clothes in Dior's Corolle collection were feminine and fun.

The clothing emphasized feminine curves with nipped in waists, boned bodices, hip padding, and full, flaring skirts. The editor of "Harper's Bazaar" at the time, Carmel Snow, dubbed the fashion the "New Look."

The New Look met with mixed reviews. Some criticized what, after wartime rationing, seemed like profligate use of precious fabric. Others objected to the longer skirts, having become accustomed to higher hemlines during the war.

Coco Chanel famously said that it was clear that Dior had no idea what women wanted. But she was wrong. Women wanted what Dior was producing, and they bought it in droves.

Ultimately, the New Look not only triumphed but re-established Paris as the fashion capital of the world.

Who Is Christian Dior? An Eccentric, A Gourmand, And A Star

Christian Dior's interest in spiritual matters began with a visit to a fortune teller at age 13. That fortune teller told Dior that "women are lucky for you, and through them, you will achieve success. You will make a great deal of money out of them, and you will have to travel widely.''

Was this his fashion career foretold? Perhaps. But as an adult, he never made a significant decision without first consulting his personal fortu​​ne teller, Madame Delahaye.

Dior was also a gourmand. He loved traditional French food and could consume startling amounts of it. As with his fashions, luxury was paramount. A cookbook with Dior's favorite recipes, released 15 years after his death, contained a large number of recipes that included Dom Perignon as an essential ingredient.

Dior's death might have been foretold by both Madame Delahaye and by a look at his dietary excesses. In October 1957, the fortune teller warned him not to make the trip he'd planned to the spa at Montecatini. Dior did make the trip, however -- and died there from his third heart attack.

The Legacy Of Dior

Luxury, femininity, elegance: These are the foundations of Dior's unique style. Today's Dior includes those qualities and so much more. He has been called "the P.T. Barnum of Fashion" and "the Elvis of Haute Couture." Part showmanship, part innovator, and all genius.

Though the men started with -- and revolutionized -- women's clothing fashions, Dior has expanded to every aspect of fashion and beauty. Today, you can find fragrances for men and women. There are women and luxury women. You can also find beautiful, opulent Christian Dior watches and shoes.

Who Is Wearing Dior Today?

The tradition of luxury and innovation continues. It's no surprise that Dior's admirers include a wide variety of famous faces, including:

Dior gowns continue to be a sta​​ple of red carpet events, from the Oscars to the Golden Globes to Cannes. Wherever fashion and glamour meet, you'll find Dior there.

Who Is Christian Dior? The Future!

Today, Dior's brand still races along the cutting edge of the latest trends. Under the leadership of Maria Grazia Chiuri, Dior is focusing its attention on Millenial and Generation Z fashions.

What does that mean?

It means you should expect logos. Lots of logos and messages. From "We should all be feminists" on T-shirts to the Dior name on bra straps. Also, look for increasing social media presence. Instagram influencers are wearing Dior and boosting the brand, and it shows.

Ready-to-wear is bigger than ever. And nostalgia? You can expect that as well. Example? Saddlebags are back, and millennials are listening. And posting. And buying.

Dior's women's clothing is still vibrantly feminine, with figure-flattering shapes that daringly emphasize curves. Materials remain opulent: leather, silk, and wool. See-through tulle blouses are back, but this time with a Dior logo brassiere underneath. And black ... is the new black.

For men, Retrofut​​urism is the word. Technical pants, fitted suits, and shorts torn apart and recombined in exciting ways. Shades of gray and white and, surprisingly, florals. Luxury fabrics and logos, logos, logos. And oh yes, there's even a saddle bag for him.

Dior fashions started with innovation and remain on fashion's cutting edge. Who is Christian Dior? He was, is, and will be one of fashion's most iconic names.

What are your thoughts on this interesting man and his legacy? Sound off in the comments below.

This site uses Akismet to reduce spam. Learn how your comment data is processed.